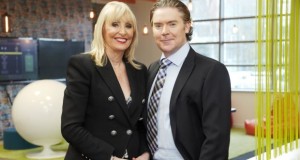 The company, which offers customer experience, technical support and sales operations solutions to international customers, will employ more than 2,000 people in Ireland once the roles are filled, and plans to grow to more than 3,0000 globally over the next 12 to 18 months.

The roles span the breadth of the business, including technical support, customer experience, training and management positions.

The business was founded in Cork more than two decades ago by chief executive Dan Kiely and his wife Linda. At the time, it employed only six people.

However, Mr Kiely said the current round of expansion is “only the beginning”.

“We have very ambitious plans to open up centres in different parts of the world in 2017,” he said.

Among those plans are further growth in Europe, the United States and a move into the Asia Pacific market. Voxpro currently has offices in Cork, Dublin, Georgia and California.

In August, the firm announced it would create 500 jobs in the US, with plans for a centre of excellence at its Athens, Georgia office, a move that would see an investment of $4 million.

Voxpro is also planning further expansion for its Dublin office, which moved from Eastpoint business park to Point Village in the Docklands, close to many of its customers.

“We have plans to create a very large footprint in Dublin,” Mr Kiely said.

The company has grown fivefold over the past three years, fuelled by growth in its partners, which include Nest, Google and AirBnB, and a number of new partners in the internet of things and fintech sectors.